With over two years of strategic planning, craft beer company, Around The Bend, of Chicago Illinois, is on the move. On January 30th, Brewery Werks installed two new 40 Bbl fermenters at Around the Bend's partner-brewer's production facility... Ale Syndicate... also installed by the Brewery Werks team. We met Founder/Brewer Dan Schedler for the first time only a week earlier at the quarterly Illinois Craft Brewers Guild meeting. The meeting held at Ale Syndicate brewery was packed with brewmasters, brewery owners, and many associate members of the guild. Dan enthusiastically shared his story with us. He talked about his twenty years of perfecting recipes as a home brewer and about some of Around the Bend's new recipes such as Dragon Swoon; brewed in collaboration with Atlas Brewing, which including scorched grapefruits and Tellicherry Peppercorns. Dan holds a prestigious certificate of completion from the Siebel Institute, in brewing technology and combined with his eighteen years of marketing and experience leading corporate marketing departments, he has big plans for Around the Bend Beer Co.

Dan's recruitment of Joe Cuozzo to the team is another kick-into-gear for the beer company. Joe's role as the Group Leader and Lead of Manufacturing & Production brings a wealth of experience and additional credibility to the table. With 17 years of experience, among other roles, Joe has been the head brewer for Skagway Brewing Co., Brewmaster for Sports City Café, and has compiled multiple GABF and World Beer Cup awards. He is the original President of the San Diego Brewers Guild and has helped launch several upstart breweries.

With the new fermenters installed, Around the Bend's first brews scheduled for mid-February are "Silk Road American Pale Ale" and "Ghost of 'lectricity Kolsch-style", which will be served around town by mid-March and a couple months later they plan to start bottling their brew. 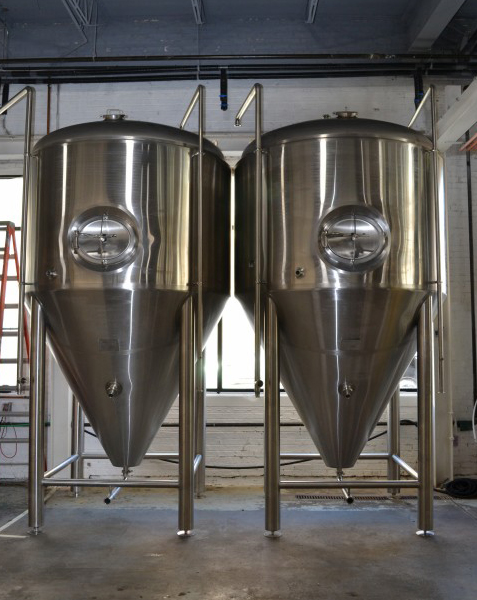 You can keep up-to-date with new brews and events from Around the Bend on their facebook page, www.facebook.com/aroundthebendbeer, and on twitter at twitter.com/atbbeerco. In early March their website, www.atbbeerco.com, is scheduled to launch with more information about the brewery and their plans for the future. Lastly, if you're interested in being an investor, check out Around the Bend on EquityNet, www.equitynet.com/c/around-the-bend-beer-co-llc, where you can see that they're well on their way to meeting the company's fundraising goals.

Dan is putting it all together to lead Around the Bend on an exciting and flavorful journey. To quote him, "The road that lies ahead is a more exciting stretch than we have glimpsed to-date. So let’s keep going. Let’s see what’s Around the Bend."

We at Brewery Werks are excited for Dan and his team.