Happy Easter and welcome to the first Brewery Werks Brew-Cruise post. Most often you'll find that our Brew-Cruise articles are about our adventures, hitting the road to find brewery and winery destinations worthy of a weekend away. But if you don't have time to get out of town, there are plenty of stops you can make right here in river city. Craft brews, after all, are spreading like wild fire, and whether you're looking for burgers or lobster, it's not hard to find a great tasting local brew to go with it. At Bulldog Ale House, for example, in Roselle IL, you've got your choice of

approximately 70 different types of beers (with a few of their own), many of them local craft beers. Their menu of delicious burgers, pizza, and some of the best wings around will leave you satisfied with your budget intact. On the other hand if your taste buds are feeling the need for the absolute best lobster bisque in the Chicago area, then you'll want to head over to The Clubhouse Restaurant in Oakbrook, once owned, 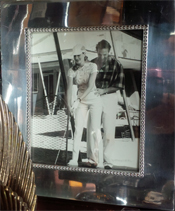 Kevin Costner. There you'll have your choice of local brews such as; Church Street Bob's Your Dunkel, Two Brothers Domaine DuPage, Revolution Anti-Hero IPA, or Lagunitas IPA and Little Sumpin' Sumpin'. You may also want to try the mountain of meatloaf better known as the clubhouse meatloaf sundae or the prime rib while you're at it, they’re both outstanding. If you have a taste for an excellent wine, a bottle of 2011 Ferrari-Carano Cabernet Sauvignon may hit the spot. Yes, it's a $56 bottle of wine, but stop in on a Monday and the bottle (and every other bottle) is half price (while the promotion lasts).

Now if the kid inside you is growing wings, you'll definitely want to fly by Pilot Pete's Restaurant at Schaumburg airport. 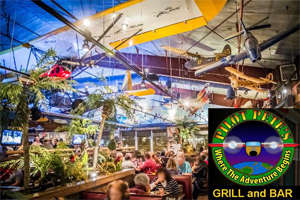 The Shrimp Diablo Pan Bake will light up your taste buds, but first try the beer battered scallops appetizer. Pete's firecracker lobster sandwich, a full lobster tail on a bun for a mere $13.95, is worth the trip alone, but the $100 hamburger (a pilot joke), 10 oz. of juicy ground sirloin and yum an a bun is... well, worth flying in for. And yes Pilot Pete's too, is embracing the craft beer revolution with several local brews... You'll be pleased to find Pegasus IPA, Chi-Town Pier Pale Ale and Windy City Wheat, Half Acre Over Ale, and Two Brothers Domaine DuPage, Prairie Path, Outlaw, Ebel's Weiss, The Bitter End and Cane and Ebel Hopped Up.

If you'd like to see Pilot Pete's Restaurant carry more local brews... such as... say... Solemn Oath, Finch's Beer, Ten Ninety beer, Lagunitas, Ale Syndicate, or name your favorite... be sure to drop John (the owner) a note in the suggestion box after your next visit.

No, you won’t see the big stainless steel fermenters and brite[sic] tanks or get a brewery tour at these locations, but that limited venue isn’t a survival strategy for craft brewers. Craft beers are becoming more and more available every day; however we've still got a long way to go before we see a good variety of the great beers on the market, available in local restaurants. Restaurant owners want to sell you what you want to buy. Let them know what you like best, next thing you know, you might actually be able to get a nice creamy delicious (local) stout to go with dinner out.
Posted by Murdock at 4/20/2014 10:14:00 AM No comments: